If the Internet’s a bit slow surfing overseas sites, this is why, and it won’t be fixed until March. Another reason to have your site hosted in Australia. Web Lab owns its own servers which are located in a secure datacentre in Adelaide. 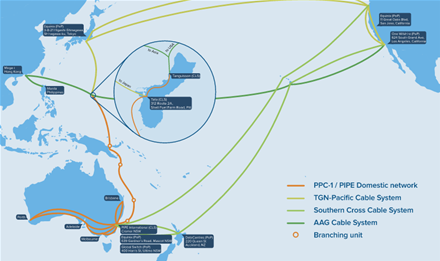 The PPC-1 Australian submarine cable running between Sydney and the United States island territory of Guam has been fully severed, with the repair estimated to take around a month to complete.

Internet service provider TPG said in its service status notice that the fault was discovered on February 5 at 8pm AEDT.

After receiving an alert that a submarine line card for the cable had lost its payload, TPG engineers and the provider’s infrastructure vendors found a fault around 4590 kilometres from Guam.

A repair ship will be dispatched and the estimated time of service restoration is Monday, March 7, TPG said.