Simple Trick to Speed Up Your iPhone

If you’re a smart phone user you’ll notice that just like your regular computer or laptop, your phone works a lot faster after a restart. This is because memory that has been allocated to apps you’ve opened and then closed sometimes gets left behind and so over time your phone has less and less resources to do its tasks and noticeably begins to slow down. Restarting your phone (turning it off and then on) resets all this used up memory, freeing your phone up to work to its best capabilities. Until now, if you’re anything like me, the only time you switch your phone off is during take off and landing while jetting off overseas and that’s mostly only because of suspicion and an age old habit!

But now one Apple enthusiast Marc Forrest has discovered this neat trick to speed up your phone and it only takes seconds, not minutes like a full on/off power cycle can take.

Originally posted on his twitter, here are the step by step instructions on how to give your iPhone a shot in the arm.

1. Unlock your device so you can see the home screen.
2. Hold down power until ‘Slide to Power Off’ appears.
3. Release it and hold down the Home button for five seconds so it returns to the app screen.
4. Now your iPhone memory should be refreshed. 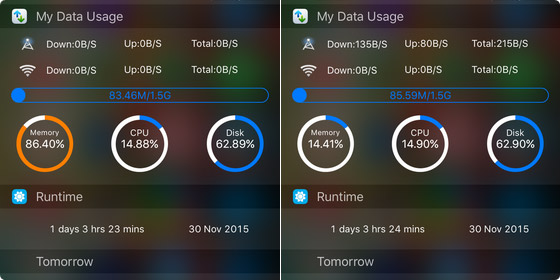 “A few people have asked about the benefit, and from my understanding it clears the unused RAM on the phone,” Forrest wrote.

“I have done a number of tests to see if it works and I can promise it helps speed the phone up, a LOT!”

Have any tech tips of your own? We’d love to hear about them on our Facebook page.